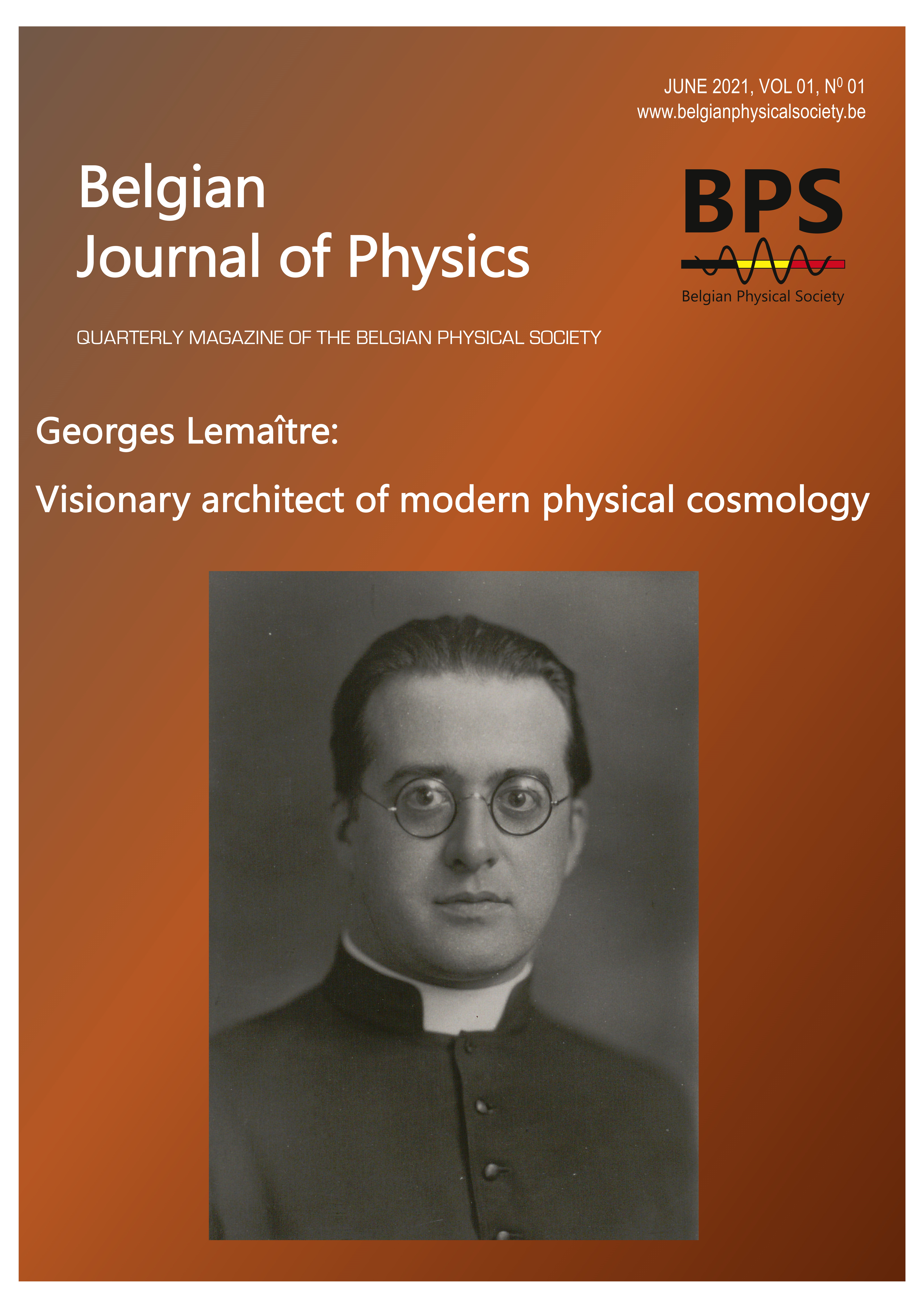 Georges Henri Joseph Edouard Lemaitre was born in Charleroi (Belgium) on 17 July 1894 into a devout Catholic family. He and his brother, Jacques, served during World War I in the volunteer corps. In the trenches, between battles, Georges kept fellow soldiers' spirits up by telling them about science, while furthering on his own his study of physics and philosophy. After the war he was distinguished with a rare medal, the Croix de Guerre, for conspicuous bravery in the face of the enemy. He then also resumed for a year his studies at the University of Louvain, but changed fields from engineering, which he had begun before the war on the advice of his father, to mathematics and physics. He obtained a doctorate in mathematics under the famous mathematician Charles-Jean de la Vallée Poussin, jointly with a degree in Thomist philosophy. With special permission from the Archbishop, he combined his further formation in philosophy and theology at the Saint Rombaut House in Malines, with studies in exact sciences. His scientific interests focused in particular on special and general relativity theory, which he mastered mostly on his own. For Lemaitre science and religion were two complementary representations and approaches aiming towards an understanding of the Universe and our existence within it . He never saw them as contradictions, nor in competition with each other, but rather as "Two Paths to Truth". In 1923 he was ordained to the priesthood. For his attitude towards science and religion, he received in 1934 the Mendel Medal of the Villanova University (Pennsylvania, USA), established and awarded to outstanding scientists who, by their painstaking work to advance the cause of science, and by their lives and their standing before the world as scientists, have demonstrated that between true science and true religion there is no intrinsic conflict.

A reprint of this paper published in the Belgian Journal of Physics can be read on-line and printed from this link.